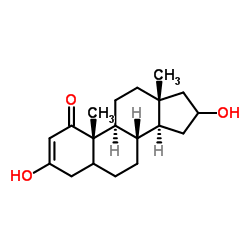 Androstenone is the main active ingredient in Servistim.

‘Androstenone is not hard to find. All you have to do is raise your arms. It’s right there in underarm sweat. And depending on your genetic makeup, you may or may not be able to sniff it. Roughly 25 % of the population cannot smell androstenone at all, 40 % think it smells like rotten wood or urine, while the rest find it a pleasing fragrance.

Female pigs on the other hand are all sensitive to androstenone. If they are in heat and they smell androstenone, they will immediately assume a mating stance.

That’s because androstenone is a pig pheromone, in other words, chemical that triggers a social response in another member of the same species.

The male pig produces androstenone and wafts it into the air from its salivia whenever he is in the mood.

Gilts can be stimulated to their first oestrus, 20 days earlier if they are exposed to boars’ pheromones when compared to isolated gilts.

Aggressive behaviour and stress among pre-pubertal pigs has been reduced using a single application of as little as 0.5 micrograms.